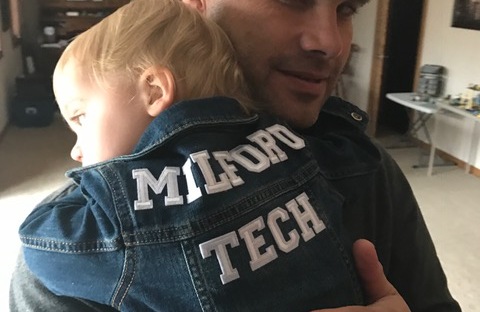 After four and half long years, if there is was one thing we have both learned it is this.

Derek’s recovery was nothing shy but brutal. But to win a battle, one must go to war. Sometimes in life, there is no way around it.

Five weeks into recovery, there is a light at the end of the tunnel. We met with the surgeons this past week, and they are both incredibly pleased at Derek’s out come so far. It is as if he is beginning to slowly awaken from a deep sleep. I mean this in the sense of his island life of sound isolation he has lived on for years now. Slowly he is being introduced into everyday noise.

To us, this is miraculous.

Nothing has ever changed any of these horrific symptoms till now.

He doesn’t hear inside noises on the right side like he used to. He can barely hear his heartbeat or every movement of his neck. The stiffness of his neck has vanished. Yesterday when we were walking by a busy street his right ear was facing the traffic, and when he told me the sound of engines weren’t screaming at him like they use too, it was the best thing I have heard in a long time. His ear is still plugged from swelling, and could be masking this, but I don’t think so. The Doctors assured us that it takes time for his brain to register that his right side, though scarred, is normal again. His brain has had to compromise for years. In time, we pray that the sound sensitivity on the right side will vanish or diminish greatly which is exactly what the surgeons hope will happen. His incision looks unbelievable. You can barely tell he had brain surgery. I love to tease him, joking instead of a brain lift, he had a face lift.

Derek looks hotter than ever.

Last summer when the decline of Derek’s life worsened, we knew it was time to jump. Most thought we were crazy. But pioneers are a bit crazy. When you are in the fight of your life- to overcome disabling symptoms one must think outside the box. We will never regret this cross country move, risky surgery and pioneer life we are living.

But the journey is far from over.

The past couple of weeks, reality has fully set in. All along Derek was misdiagnosed. The surgeries he went through did more damage, and have left a wake of destruction. The surgery on the right side, has now amplified the left damaged side. This is what made his recovery so brutal.

Derek’s world is still screaming on the left.

Though I don’t know how he felt during this recovery, this is the only description I can relate to what he is going through is this. Picture 72 hours of painful childbirth. I’m talking 7-10 centimeters dilation. The crowning part, with no drugs. Got a picture in your mind?

And then the baby comes.

As you just catch your breath  from birthing a 10 + pound baby…. you hear,

“Let’s have another baby!” Any woman in her right mind would say, “NO WAY.”

But that is not an option. Derek has to do this all over again on the left side.

Unless he risks it all over again, the left side is going to be screaming at him.

Derek didn’t come this far, to give up now.

He will have surgery on the left side this fall. We came here to get a job done and we will see this through.

What’s also hard to swallow is  WHY Derek’s case became so complex. With all the damage, there is no telling if SSCD will even work on the left side.  He is almost deaf on that side and yet the world is screaming  at him. Oddest thing ever. To go into the ear and do exploratory surgery after so many surgeries is not recommended at all. It’s like waking up an angry hornets nest. And if we do exploratory surgery it’s still not fixing the root of the problem. The root that was missed all along.

His left side doesn’t have a hole like the right, from what they can see on the CT scan. But it does have thinning. The Midwest Docs told us that thinning means nothing. But they also told us that a hole in a bone on a CT scan means nothing if it only shows up on two images and not more. They were wrong. There was a hole.

The Answer to both is: Yes.

Here’s where we need lots of prayers. After this next big surgery, this is it. What is the outcome, will be what he is left with after all the damage. This is a very  frightening thought. The mind wants to play tricks on ‘what if’ scenarios. What if the left side can’t be fixed? We are choosing to NOT go there. Instead, pray boldly with us for restoration for Derek. Pray boldly that whatever is yet to come we face it head on as warriors.

For years doors slammed on Derek in the medical world. Denying this, ignoring it, not even realizing it. Three years into this nightmare you might say I became desperate. As a wife and mother, watching your family suffer for so long forced me way out of my comfort zone. When I began to blog, never did I want to share such personal information. Questioning, doubting myself all the time  why I would be so open to sharing all this. Because all I really wanted deep inside was to be angry, and isolate my misery to myself.

But what I have witnessed in my husbands great fight for restoration of his life needs to be shared. This poor man has been imprisoned for going on five years with these disabling nightmarish symptoms. There were no support groups because there was no diagnosis. When you see lack of education, incredible arrogance, an entire family’s life torn upside down and horrific suffering to a wonderful person, one MUST STAND UP. Even if that means exposing vulnerable personal information.  Most importantly, through great loss, I have had the privilege of witnessing even greater wins – miracles upon miracles.

There are many times, when I ask God, “Why Derek? There are a lot of schmucks out there. Why didn’t this happen to them?” But the reality is bad stuff is going to happen to good people in this world. Because we live in a fallen world. This life isn’t about this life. It’s about the next life. Heaven.

I choose to believe Derek was chosen. For a greater purpose.

The big question we ask ourselves now is what’s next for the Hein’s?

Helping Derek find new purpose(s) in all this is the next step. Here’s what we came up with:

Crazy adventures. That’s what is next.

As Derek prepares mentally to go through this all over again,we decided to have as many adventures as possible.

Isn’t that what a pioneer does? 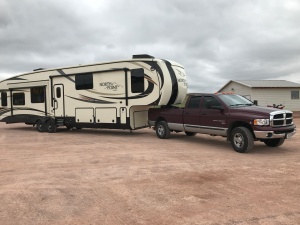 move forward. I’m incredibly grateful that I can work remotely. Our home on wheels was the perfect choice for us during this journey. Allowing us to be flexible- freedom to go where ever we want to. After many of you encouraged us to watch the old movie with Lucille Ball – The Long Long Trailer, we have been inspired.  After laughing till we cried watching the old movie, Derek came up with an idea. We are going to blog and video our upcoming adventures of our own “Long Long Trailer.”

After all the years of sitting in too many hospital and clinic waiting rooms, witnessing all we have has changed us. Stories of pain, suffering and heartache surrounded us. But it wasn’t the suffering that impacted us. It was the rising up that mattered.  Realizing this is when Derek made a bucket list. Between now and his next surgery, he has mapped out several national parks to visit. It’s time for us to rise up. Enjoy nature, for there is no better place to heal than in God’s creation. And even though every day is still a struggle for Derek, he plans on making every day count.

Derek  has years of catching up on.  The adventures that await us are endless.

Being a voice for SSCD and educating others through Derek’s journey also gives us great purpose. My writing is his voice. I write what he lives. He struggles  mentally with purpose right now. Unable to work for now deflates him. Derek has always taken great pride in a hard days work. Earning his way.  I let him know my writing is his work. His fight to overcome all this is his work. And if we could help just one person to never go through what he did,  would be worth it. I’m not the author of this blog. He is. I would have never done this without his inspiration.

If you ever know anyone who is struggling with bizarre hearing loss, balance and brain issues, please encourage them to reach out to us. The Midwest is not equipped yet in finding this condition and understanding it. SSCD is horrible enough as it is. To go through senseless surgeries, only to leave a wake of destruction is almost unbearable to live. We are dedicated to sharing what we have learned to prevent this from ever happening again.

Witnessing real drama, not drama brought on by silly things, but real hardships of tumors, cancer, accidents, un-diagnosed conditions, we have met many heroes. Their stories far more challenging than ours. They have inspired us greatly. YOU have all inspired us to stay the course.

Now it’s our turn to give back and encourage all of you.

No matter what you are going through, what injustice or unfair situation you are in, remember this. God created the entire universe. Not just earth, but all the billions of stars and planets.  Everything.

If He can do that, He can fix an ear.

Sometimes, we just have to step back, not give up, but hand it over:

We also need to forgive, let go, and accept whatever is yet to come. Even botched ear surgeries and misdiagnosis. We have to forgive and move forward.

On May 4th, 2017, Derek walked on water with Jesus during his brain surgery. He didn’t go deaf. He didn’t lose his balance. He isn’t walking with a walker, cane or in a wheel chair. Miracles DO happen. Your job isn’t to make the miracle happen.

Your job is to BELIEVE they can happen. 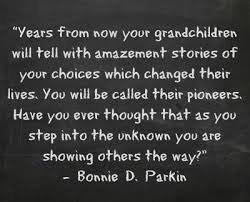 Most importantly before Derek’s next surgery, we plan to get back home for a visit, see our family. There is nothing more important than our family. Tie up some loose ends- because who knows what lies ahead for us. That is the great adventure of life.

Figuring it out as you go.

We pray that one day, our loved ones- future generations, will look back during these tough times, and not focus on what was lost, but what was gained:

And to be proud.

That we didn’t give up.

We trusted in blind faith, and blazed a new trail.

5 thoughts on “Never Give Up”