Sometimes in life, when things makes no sense, its easy to get entangled into the web of details.  ‘What if’ scenarios,  bills, outcomes, diagnosis, the list could go on and on.

The web catches more than just you. It will consume you. Your thoughts, actions, and words. The only way to break from the entangled mess, is to not go into the web.

Do NOT be detoured from all the details.

If you don’t understand what I mean, find a two year old child. Spend sometime with them.  They do not get stuck in a web. Instead they can turn anything into a smile, game, or adventure.

Rain is an opportunity to dance in. A puddle is like a theme park. 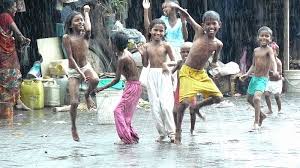 That’s my theory for this next leg of the journey. I will not get entangled in the details.

It’s just the next great adventure.

Derek saw a neurologist. Upon physical exam, he agreed this is not looking like a neurology disorder, but balance disorder from damage of Derek’s implant that moved. Vestibular migraines are not causing this, but secondary.

Contrary to the neuro otolaryngologist Derek has been seeing in Wisconsin. He blames  Derek’s vestibular migraines. Again, the doctors are not on the same page.

What is still not in, is the results of his MRI’s to rule out anything we have missed. However common sense tells me after waiting for 48 hours that if they found something, we would have been called by now.

With that said, we know Derek has multiple complications. How to help him overcome all this, is the big question.

Don’t think deep. Think like a two year. Keep it simple. This is the simplest way I can can explain what we know.

We KNOW that Derek has otosclerosis and was one of the reasons why he was losing hearing five years ago. But he also has hearing loss from another area.

We KNOW he has serious damage from that implant moving. Exploratory surgery to go in and see what really happened, and if anything can be repaired is top on the list. Florida Doctor advised this as an option. No Midwest doctors  ever encouraged this. They say its too dangerous.

But Derek has other symptoms that have impaired him from ever moving forward. What is the root cause of the problem for Derek? That is the BIG question.

He has CT scans that show POSSIBLE SSCD. Superior Semi-curricular Canal Dehiscence. The sounds he hears are so crazy. Amplified. All the time. Pressure in his head. Off balance feeling.

There is a reason why God spoke to me through a Kohl’s cashier named Laurie who sent me a link from Dr. Oz. There is a reason why God spoke to me in the middle of the night the following week, waking me with this condition SSCD in my  thoughts.  There is a reason that when I researched this condition with Dr. Michelle, the description resembled Derek to a T and we found an old CT report stating he had this. Which we had no idea. No one ever talked to us about this. Instead assured me it wasn’t it  a problem for Derek.

There was a reason why  that EXACT same day we researched this condition, went to Dr. Michelle’s church to pray specifically for Derek, a top specialist for this condition was sitting in front of me at Christ Fellowship church on the eve of Dec. 17th, 2016.

Dr. Michelle and I will never forget this moment. Ever.

Some may say this is just a coincidence!

I call this a GOD COINCIDENCE.

That night, Dr. Li looked me square in the eyes and told me, “If this is what your husband has, this can be fixed.”

It wasn’t the medical community that figured this out. It was GOD placing signs, people, the most random situations. A total David and Goliath kind of story right in front of me. Like God placed a slingshot and rock in my hand. We came back to our insurance network in Wisconsin. We did everything they said.

Went  above and beyond.

3 more months have gone by. Doesn’t seem like a long time. But when you add FOUR years to that, its breaking my husband apart, slowly but surely day after day. Week after week. Year after year.

His VEMP tests we thought were positive giving us SURE diagnosis for SSCD were WRONG, after they were analysed. Since Derek has otosclerosis, the tests won’t work on him.

Does Derek have all three conditions. Otosclerosis, SSCD and DAMAGE?

And we need to deal with each issue. One by one.

We need another opinion for SSCD. No just any opinion but the best doctor we can find in the US to confirm the doctor’s theory in Florida.

The reality is if I stay within in network, Derek is stuck in the web.

There is one person, that was mentioned to me that we have yet to explore. Dr. Yang. UCLA.  The VERY doctor that was featured on Dr. Oz,from the link that was sent to me by the Kohl’s cashier.

He IS the GUY. The BEST.

Dr.Michelle, called his office, and described Derek’s condition and situation. And Derek was accepted for a consultation. Guess they like weird stuff.

Boy do I have a SPECIAL case waiting just for them.

We are thrilled at the news. Our new primary (WHO IS AWESOME) is even attempting a prior authorization to get insurance to pay for it. Which I know will be declined. But at least we can say we tried.

In the medical world, we are illegals. We cross borders. To survive medical necessity, we jump over  any wall, any chance we get. And we pay the price. Because if we stay within network, the web will consume us. Jumping means standing on your own. Being your own primary physician and paying 100% out of pocket.

This is America’s Health Insurance. And you are in the same web.

To top it off, it’s our daughters spring break,  I have a conference in Chicago this next weekend  for work, and well is it ever a good time to cross the medical border?

But that’s the web.Silly details.

Instead we as pioneers, raised pioneers. Just when I was finding myself entangled in the web of details, our three children consoled us.

“Mom, we are family, we got this. Go get Dad better. Do whatever it takes.  We will be okay and figure things out. It’s what you taught us to do.

Most college kids are partying and enjoying their spring break. Our daughter is home to be with her 14 year old brother, spend time with him and work.

I just accepted the appointment, and will fly out on Tuesday. And rush to get back to Chicago for my work conference on Friday. If we need to fly back to California, then that’s what we will do. Just the way it is right now.

I cannot live with myself if I do not give this chance to Derek. If Dr. Yang cannot help him, then it’s another check off the list.

But what if he can?

Mark your calendars with me.  Pray as Derek and I, once again board a plane and this time, head out west in search for the truth.

Pray for Derek. He fights the good fight. Though the symptoms are grueling. The girl on the Dr. Oz clip suffered 7 months. Derek is going on 4 years 3 months and 3 days as of today.

Pray for our children, who are pioneers in every sense.

I will leave you with this thought. Here is a glimpse into my personal journal today:

You really wanted me to be a pioneer. From the time I was a little girl. I have fought it my whole life, just wanting a normal life. But God, you didn’t give me a normal life.

You have given me instead an extraordinary life.

Thank you Lord for entrusting me to share your work with so many. I’m done fighting normal. It’s way overrated. Trying to win this battle alone, is not what you wanted.

I hear you God. Loud and clear.

Trust you.  Board the plane.  Head out west.

For I‘m your pioneer girl, and am witnessing first hand, the unfolding miracle for Derek.